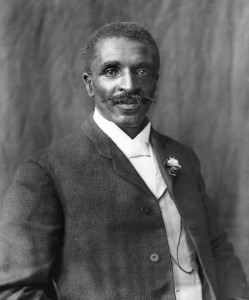 Carver’s reputation is based on his study and promotion of alternative crops to cotton, such as peanuts, soybeans, and sweet potatoes, which also aided nutrition for farm families. He wanted poor farmers to grow alternative crops both as a source of their own food and as a source of other products to improve their quality of life. The most popular of his 44 practical bulletins for farmers contained 105 food recipes using peanuts. He also developed and promoted about 100 products made from peanuts that were useful for the house and farm, including cosmetics, dyes, paints, plastics, gasoline, and nitroglycerin. He received numerous honors for his work, including the Spingarn Medal of the NAACP.

Carver developed techniques to improve soils depleted by repeated plantings of cotton. Together with other agricultural experts, he urged farmers to restore nitrogen to their soils by practicing systematic crop rotation: alternating cotton crops with plantings of sweet potatoes or legumes (such as peanuts, soybeans and cowpeas). These both restored nitrogen to the soil and the crops were good for human consumption. Following the crop rotation practice resulted in improved cotton yields and gave farmers alternative cash crops. To train farmers to successfully rotate and cultivate the new crops, Carver developed an agricultural extension program for Alabama that was similar to the one at Iowa State. To encourage better nutrition in the South, he widely distributed recipes using the alternative crops.

In addition, he founded a laboratory where he and assistants worked to popularize the new crops by developing hundreds of applications for them. They did original work as well as promoting applications and recipes which they collected from others. Carver distributed his information as agricultural bulletins.

During the Reconstruction-era South, monoculture of cotton depleted the soil in many areas. In the early 20th century, the boll weevil destroyed much of the cotton crop, and planters and farm workers suffered. Carver’s work on peanuts was intended to provide an alternative crop.

He was recognized for his many achievements and talents. In 1941, Time magazine dubbed Carver a “Black Leonardo”.  (Wikipedia)

This site uses Akismet to reduce spam. Learn how your comment data is processed.